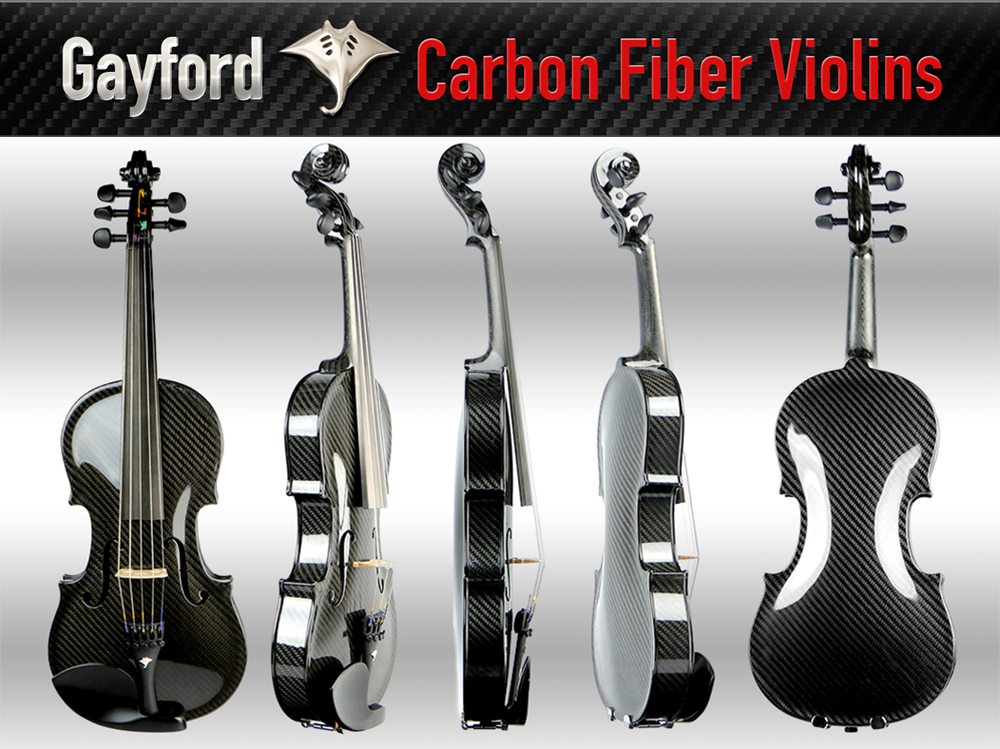 Recently we launched a website for a new manufacturer of carbon fiber violins.   Fred Gayford the developer, spent 4 years researching and perfecting his instrument and can confidently boast that his is the most technically advanced carbon fiber violin in the world.  How can he make such a claim? Well there are currently only two other models in the market place. Both of which use very similar techniques and body shapes. Fred’s goal was to surpass their models and design the unachievable. He found a way to pull molds off the intricately shaped violin body to perfectly mimic the design principles that musicians have grown to love and accept over the course of the 400 year old history of the violin.  While the other manufacturer philosophies have been to “remove” what is not necessary in the shape of the violin, Fred Gayford’s goal was to “keep” what makes the violin so identifiable in the first place.  Also unlike his competition he uses superior aerospace techniques to form the body panels of his violins. 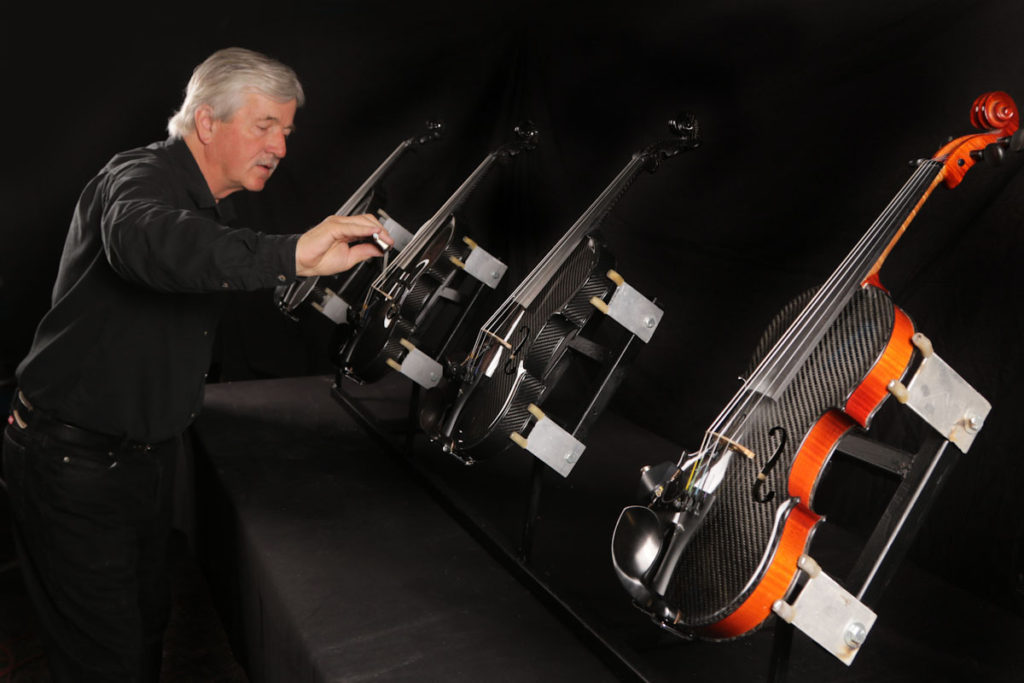 After achieving the manufacturing process it was then necessary to match the tonality of a wooden instrument and for this Fred spent many months perfecting his techniques to measure and replicate the sound of the instrument.

Dozens of models were built to finally achieve what many musicians, luthiers and professional experts have come to believe he has matched the tonal quality and warmth of wooden instruments that are 100 years or more in age.

Fred reached out to a number of recognized professional violinists/fiddlers to help in refining the performance of his design. Artists such as Trevor Dick, 3 time Canadian & US National Fiddle Champion Shane Cook, 10 time Bluegrass Champion Michael Cleveland,  and a number of other reputable musicians aided in helping to achieve a sound that does not pale in comparison to a traditional wood instrument.

There are many benefits to a carbon fiber violin as well. It performs extremely well outside.  It doesn’t swell and it is impervious to moisture.  It keeps it’s tuning far longer than wood and is not temperamental.  Many musicians have claimed that all strings perform equally without any dead tones. Players also report the power and projection is much stronger than wood and that they don’t have to force the bow to produce the volume desired. 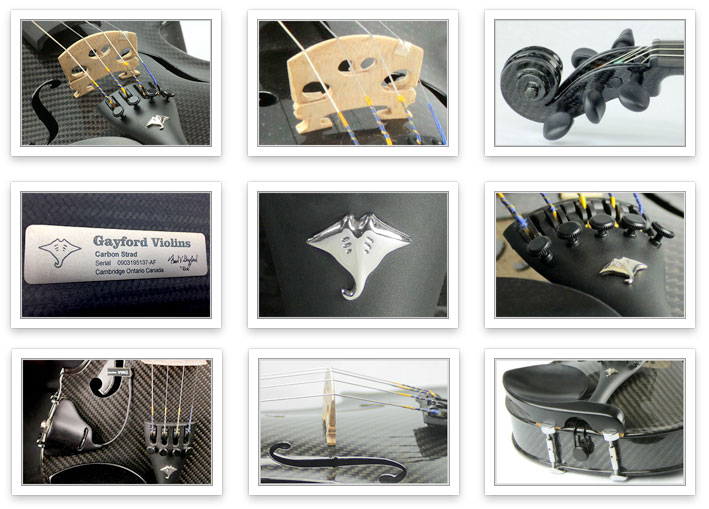 Fred uses the best parts available to compliment the bodies of both his 4 string and 5 string models: Wittner fine tuning pegs and tailpiece, Helicore heavy tension violin strings,  Guarneri ebony chinrest, Superieur Despiau France bridge, and the Schatten VMM pickup mic all come standard. In addition Fred inserts a titanium nameplate into the cavity which is visible through the “f” hole that identifies the maker, serial number and nickname for each individual violin. The finishing touch is a sterling silver “Mantaray” emblem mounted to the tailpiece. 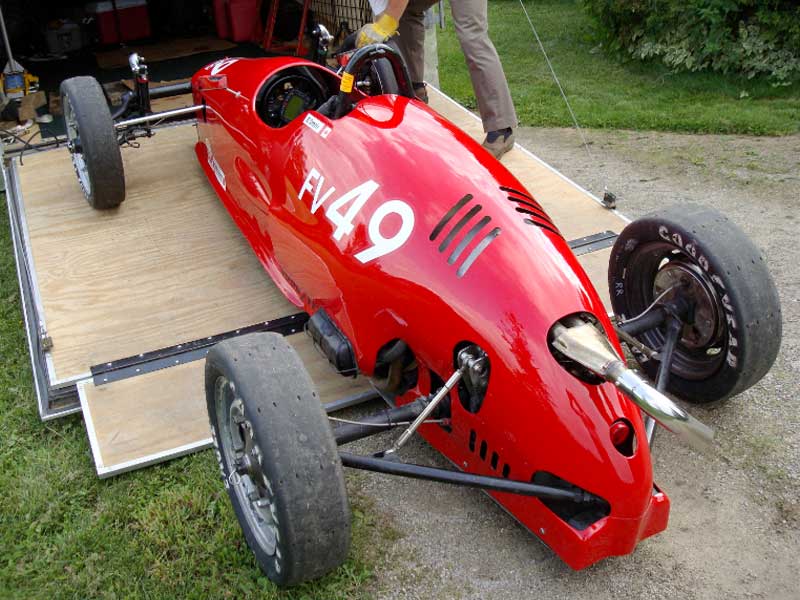 Fred has been building with composite materials including fiberglass for more than 3 decades. He regularly builds parts for the automotive, aviation, marine, and motorsport industries.

Already, prior to launch, a number of instruments have been sold to the likes of:

Designing and building this website was a 6 month process.  Fred’s quest for perfection set the bar high in terms of achieving his vision. We built a site that looks pretty on a desktop while still performing well on a smartphone.  In order to make sure that his black violin still looked good on a black backdrop we took extra care with the product photography. Another important component of the website was the inclusion of video content with a strong emphasis on sound quality. So, in addition to the website we also created a YouTube channel as well as a Facebook page to compliment the site.

The development was such a good experience that we have now added website development to our roster of product offerings. As of this post, we are within hours of launching a new website design for Cloverleaf Farms FOOD OUTLET & Deli of New Hamburg, Ontario. As a long time supporter of their frozen food items we are very pleased to have built a new site that demonstrates the quality of their products and the volume of their offerings.